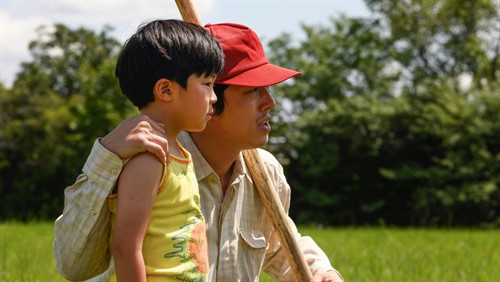 Glasgow Film Festival (GFF) is taking its premieres nationwide for 2021, with a partnership of 22 cinemas around the UK. Running from 24 February to 7 March, GFF’s 17th edition will link up with cinemas across the four nations, in order to welcome audience members who are not able to travel to Glasgow but still wish to experience their favourite festival on the big screen. In addition to these venues and Glasgow Film Theatre – GFF’s home in the city – festival films will screen on our new online platform Glasgow Film At Home, to safely provide the GFF experience for film fans all across the country.

For the first time, audiences will be able to take part in Glasgow Film Festival in towns and cities nationwide. From An Lanntair in Stornoway, to Chapter Arts Centre in Cardiff, Queen’s Film Theatre in Belfast, and three cinemas across London – BFI Southbank, Barbican and Curzon Soho – GFF premieres will be screening in independent cinemas all around the UK. Further partner cinemas will have exclusive screenings in: Aberdeen, Bo’ness, Bristol, Dundee, Edinburgh, Ipswich, Inverness, Keswick, Leicester, Manchester, Northampton, Northumberland, Nottingham, Oxford, Sheffield, and Stirling.

Each partner cinema will show the Opening and Closing films of the festival, as well as a selection of cinema-only screenings from the festival programme, to be announced in January.

The UK premiere of Altitude’s Minari, which will open GFF on Wednesday 24 February. Minari is an award-winning autobiographical drama from director and screenwriter Lee Isaac Chung, which won the US Dramatic Grand Jury Prize and US Dramatic Audience Award at the 2020 Sundance Film Festival.

The full programme for GFF will be announced on 14 January. Tickets for the programme, including the Opening and Closing films, will go on sale on Monday 18 January.  Find more information at www.glasgowfilm.org/festival

GFF is one of the leading film festivals in the UK and run by Glasgow Film, a charity which also runs Glasgow Film Theatre (GFT). GFF is made possible by support from Screen Scotland, the BFI (awarding funds from the National Lottery), Glasgow Life and EventScotland, part of VisitScotland’s Events Directorate.

“Working in partnership with cinemas all around the UK means we can bring fantastic films and premieres to audiences across the four nations and still give that big screen experience that makes cinema so exciting.

We are delighted to be opening the 17th Glasgow film Festival with Minari, a heart-warming, affecting portrait of a family set against the beautiful Arkansas countryside. Steven Yeun gives a powerful portrayal in Lee Isaac Chung’s autobiographical drama, with scene-stealing performances from Yuh-Jung Youn and Alan Kim as a grandmother and grandson at cultural odds.”

“Glasgow audiences have always known that Glasgow Film Festival is a great place to discover and enjoy brilliant cinema from around the world, and this year is no exception. This year’s programme is one of the strongest yet, and it’s brilliant that audiences across the length and breadth of the UK will now be able to share in its magic.” 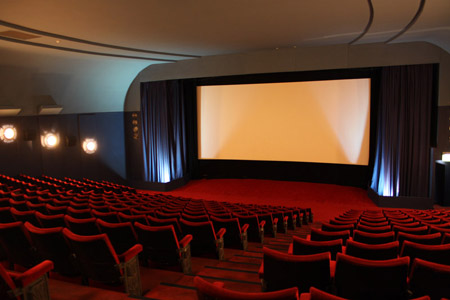